How meal planning saved my business 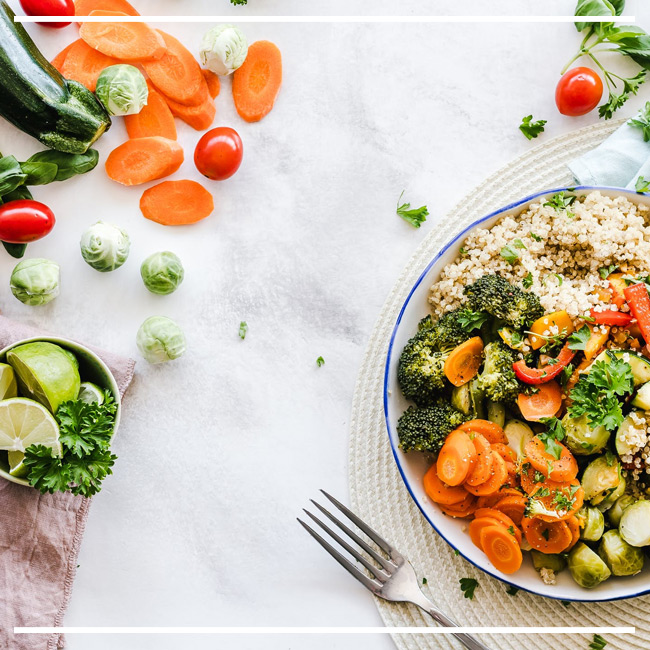 My college-aged son was home for the summer and that meant there were five people in the house — of which at least three had adult-sized appetites. Add to the mix that the adult household members had three distinct diets: one meat eater, one pescatarian and one vegan. I was also making a push to make sure the family had healthier food options. Although I considered myself a fairly efficient grocery shopper, I was growing frustrated that with the large appetites and sheer volume of food needed from week to week for our household. Keeping up with the week-to-week shopping and meal planning was becoming an overwhelming task.

Because I work from home, I handle most of the week-to-week grocery shopping for our household. During this time, I found myself always thinking about food: either our next family meal or my next individual meal.

My epiphany came when I ran across this article from Entreprenuer, specifically the writer’s take on eating the same breakfast each day. The premise of the article is that many leaders eat the same breakfast each day to avoid decision fatigue. Decision fatigue refers to the fact that the more decisions we make each day, the poorer our choices tend to be. Eating the same meal reduces some of the daily decisions that have to be made.

Even president Obama weighed in, stating that “I’m trying to pare down decisions. I don’t want to make decisions about what I’m eating or wearing. Because I have too many other decisions to make.” This all made a lot of sense to me, so I began creating more robust meal plans, which meant not just having an idea of what I was cooking from night to night, but an actual plan. It also meant having lunch options for everyone home during the day. Finally, it meant more strategic shopping. I began to rely more heavily on grocery delivery services. These services offer the time-saving benefit of having groceries delivered and streamline the process by offering lists of items your frequently tracking.

What I began to realize was the biggest impact to planning my meals was not that we were eating healthier, or that I was making less runs to the grocery store — although both of these things were true. It was that efficient meal planning meant several fewer decisions I had to make each day. I now know going into the week what meals we will have, and I can focus on more important decision making. It also freed up my time during the days and into the evenings to focus on things that really mattered. Soon the shopping and meal prep became easier. The boys could pull out ingredients and assist with cooking as well.

Here’s how I approach meal planning:

I found the biggest impact for me was perhaps having a go-to plan for lunch. I often failed to consider my own lunch needs, which meant mid-day I was working and hangry- slowing down my progress and efficiency. Creating a simple, standard lunch has had a huge impact on my business day.

There are tweaks week to week, but now I can usually plan the meals in about twenty minutes per week. I’m starting to implement this ‘less decision making policy’ to other areas of my life like my wardrobe. Sometimes making less ‘smaller’ decisions leads to better overall decisions – a huge win for my business.

This website uses cookies to improve your experience while you navigate through the website. Out of these cookies, the cookies that are categorized as necessary are stored on your browser as they are essential for the working of basic functionalities of the website. We also use third-party cookies that help us analyze and understand how you use this website. These cookies will be stored in your browser only with your consent. You also have the option to opt-out of these cookies. But opting out of some of these cookies may have an effect on your browsing experience.
Necessary Always Enabled
Necessary cookies are absolutely essential for the website to function properly. This category only includes cookies that ensures basic functionalities and security features of the website. These cookies do not store any personal information.
Non-necessary
Any cookies that may not be particularly necessary for the website to function and is used specifically to collect user personal data via analytics, ads, other embedded contents are termed as non-necessary cookies. It is mandatory to procure user consent prior to running these cookies on your website.
SAVE & ACCEPT